Very few firearms are "mechanically centered" so they shoot to point of aim when the sights are in the center of their range of motion. It takes a bit of work to do it.  I set up two of my rifles on July 5, 2014 and this is the Ray-Vin gauge that makes it happen. 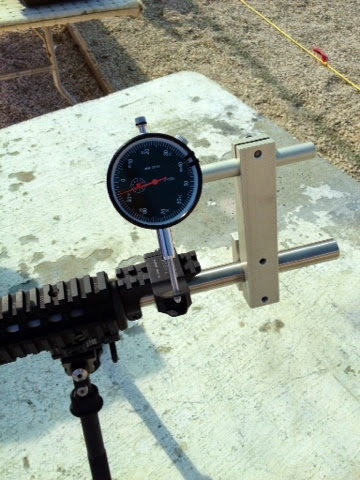 The genius behind this gizmo is Ray Brandes.  It is a Ray-Vin sight adjustment tool. It is used to precisely rotate the front sight tower of a rifle. For a standard AR-15 that's around 0.006" per MOA. This tool also works well for match rifles with barrel mounted sights particularly ones with tall front sights. There's another tool jig for the rear sights of an M-16A2 to check click repeatability. I have one of them too. I consider myself lucky to have gotten them from Ray-Vin when the company was in full swing.  These tools result in a rear sight shooting center at center. It's the bees knees. 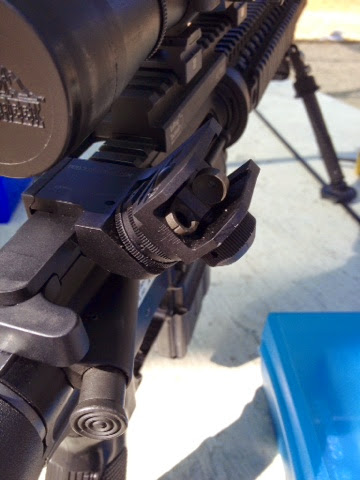 Most of the time centered rears on AR's are a service rifle thing. But it doesn't have to be. Above is a Barry Dueck RTS with its front sight mounted on a PRI rail gas block.  Mounting it this way allows for rotating the front sight alignment to get a perfect mechanical zero. This gun has a 20" 1-8 twist DPMS barrel making it quite the SDM rifle with 77/80 gr. ammo out to the practical limit of heavy bullet mouse ballistics, approximately 800 meters.  I wanted to get a the rear sight mechanically centered along with the front sight mounted on the barrel so this gun can shoot offhand with iron sights at NRA matches in the optical-class category.  An AR canted 45 degrees actually allows for a very small bore like standing position with the front arm in tight contact with the body. It's kind of neat. 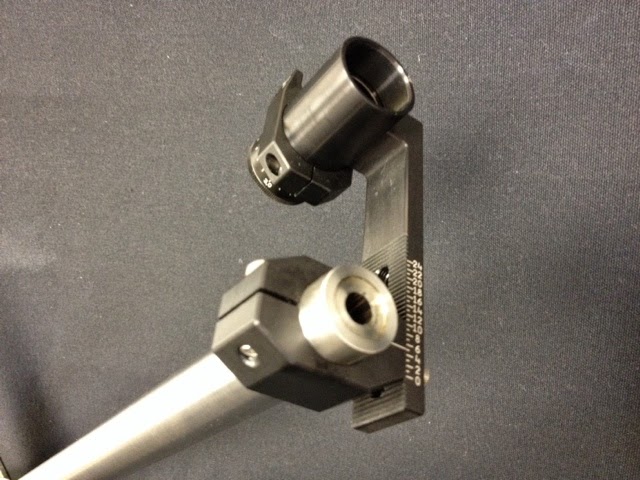 Match rifles also have adjustable front sights and the principles of centering up are the same. 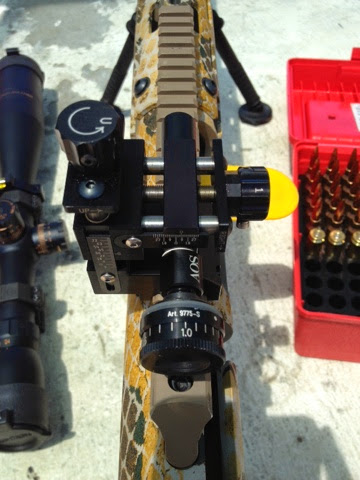 Rotating the front sight about the axis of the barrel works with match rifles too.   Here I've moved the front tower on a Eliseo R1 long range single-shot rifle in .284 Winchester over so I have a more centered mechanical zero for my iron sights.   This is important for long range matches where windy conditions can cause to to have to dial unseemly amounts of windage. 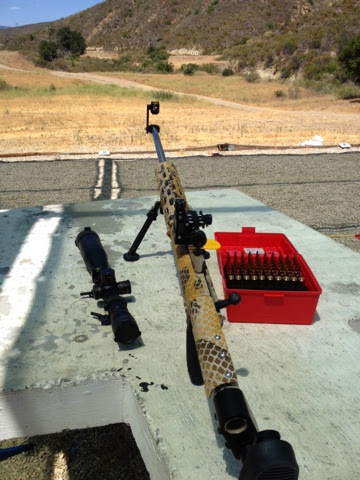 This particular rifle got nicknamed the "Snake Gun" because of the water transfer printing finish I had applied to it.   So here's the "snake" in its natural habitat,  This is a very nice view of the rifle on the firing line at the Burbank Rifle and Revolver Club's range in Castaic, California.  The 200 yard targets can be seen at the upper right of the photo and 300 yards to the left down range.  If you zoom in, my test target is the leftmost one at 200 yards. You can see the rifle with its iron sights mounted. Its scope - a Sightron 6-24X FFP with an MOA-2 reticle - is on the bench to its left and a box of ammo to the right. Here are the specs on the gun, 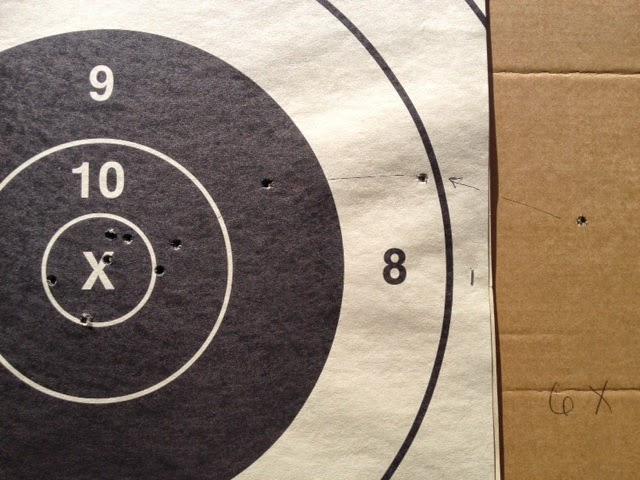 Iron sight hijinks.  After moving the front sight tower of my rifle to the left so it would center my rear sight, I fired a test string of 10 shots.  Starting with the round on the right in the cardboard, I walked it into the X ring. When it got there I stopped and looked at the rear sight to confirm it was close enough to the middle of its movement range. It was. So I fired the rest of a 10 shot string to see how it grouped. The answer is quite nicely.

I have one more calibration session to do with this gun to get a final mechanical center once I switch from the fire forming loads I'm using now to the long range competition loads I will use.  These will be very high ballistic coefficient (b.c.) Bergers.   When that time comes, I'll use a caliber to measure how much the movement of the front sight tower needs to be.  I'll use the Ray-Vin tool to perform the rotation and then it'll be time to use a gaggle of bubble levels to make sure the crossbar in the front sight and the tower mounted bubble are true to the rifle.  There's a lot more to tinker with versus a Service Rifle.

Posted by Dennis Santiago at 11:51 PM